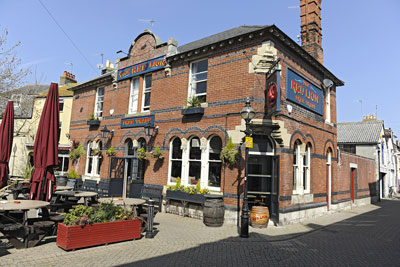 Welcome to the Red Lion of Weymouth!! The Red Lion is one of Weymouth’s finest and most famous pubs. It is recognised for being the pub nearest to the Weymouth R.N.L.I. and is known as the lifeboat man’s pub. On the walls are great pictures and artifacts from the history of the lifeboat and its crews over the years in Weymouth.

The Red Lion is also famous for being the Old Devenish Brewery ‘Tap’. The Devenish Brewery (now closed) is opposite the Red Lion in Hope Square. The history and heritage of being an ale house is reflected in the pub too with one wall made from old barrels originally from the brewery.

On the back bar are over 100 rums to celebrate the pubs naval and seafaring connections and of course the food menu reflects the abundance of seafood available here in Weymouth. 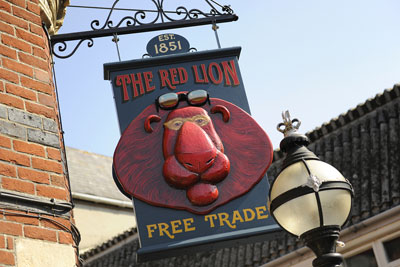 In April 2009 the pub was acquired by its present owners and went through a minor refurbishment at that time to tidy up a pub which was on the verge of closing down.

The Red Lion had its true pub name restored at the turn of the Millennium after spending a few years as the ‘Dorset Brewers Ale House’. The Red Lion has always been famous for its ales and still is today, but now the pub has developed a good name for its home cooked food and amazing collection of rums (and a few whiskies too) on its splendid back bar shelves. The Pub has its own ‘bible’ of rums for enthusiasts to look through.

The Red Lion was adopted as the Sailing Olympic Team’s Pub and the Olympic Gallery is worth a look here on the website. We look forward to welcoming you here at the famous Red Lion